Anger is a normal feeling to have during a divorce. In fact, if you didn’t feel angry there would probably be something very wrong. Usually, one person has been unhappy for a period of time preceding the divorce, and was angry during this time. When that person tells the other that he or she has decided to leave the marriage, the other is in shock and has to deal with lots of emotions – sorrow, fear and certainly anger.

Whether you are the angry one or are dealing with an angry (ex) spouse, it’s never easy. Anger often builds up without your knowing it – and if you are not aware of feeling angry, the anger will cause you (or your spouse) to lash out.

Anger can be expressed in mediation and in fact, it is a valuable tool for a mediator to use to not only resolve the divorce, but also to help shape a better divorce agreement. In mediation anger is a clue that there is an important piece of information which has not yet been expressed, and which must be explored and understood. Anger tells me that someone has important needs which are not being met. When someone is angry I want to hear how they are feeling and I want to understand why they are angry. In mediation, anger gives us a key to use to shape a divorce agreement.

If you could resolve all of these problems yourselves, you probably wouldn’t be getting divorced. All couples have issues which feel overwhelming to one or both of you – which feel, as if they cannot be resolved – but that is not a fact, it is how you feel. Hopefully, you are coming to mediation to help this resolution come sooner, rather than later.

I have seen people really transformed by the mediation process from the time when they first separate, when they are full of fear and don’t know what their future will look like – and a year or so later, when all of the issues have been worked out and they have learned that they can survive and develop a new, full and satisfying life independent of their former spouse.

If the feelings are too painful, I will offer people the choice not to speak to each other directly. If someone is very angry, they may prefer to speak to me rather than to their spouse. We may need to take a break from mediation – sometimes for a few weeks – until the person starts to work through the anger and feel better. I may have some separate meetings with the angry person to help them explore their options and understand what is at the core of the anger – usually as part of a joint session in which I would also meet with the spouse to get his or her input on how to meet the needs of the angry person so that we can move through and work with the anger.

But when we use anger as a tool, it can fuel movement in mediation. I recently mediated a divorce where the husband, Bill* expressed a lot of anger during our first mediation session. He did not want to pay alimony (which in NY state is called maintenance), and he was furious that his wife, Cathy was requesting it. As we began to explore this issue, Cathy spoke about why she felt she was entitled to alimony – she said that she’d given up her career to take care of their children, and this was a joint decision they made when they had their first child. But this information did not ease his anger.

I asked Bill to tell us more about what he was feeling, and why he felt so strongly that he shouldn’t have to pay maintenance. When I assured him that Cathy would listen and not interrupt, he began to talk eloquently about how difficult this period of time had been for him – how he was living in a small apartment while his wife and children were in their spacious house – how he felt he didn’t have money to go out to dinner or go to a movie, and how he was cooped up and alone in this small apartment while she was in their beautiful home with the children.

Bill’s anger helped him to express some important needs that he had not before expressed. He felt that financially, things were very tight. He felt under a lot of pressure to be the breadwinner. He felt that Cathy didn’t understand what he was going through. He felt that he didn’t see his children enough.

Cathy was able to hear all of this during our mediation session. She responded by talking about the financial pressures she felt, too. She couldn’t buy new shoes for the children or for herself, nor could she get her hair colored. Cathy was sympathetic to her husband and was even having a similar experience.

Cathy had planned to go back to work, but after listening to Bill, she said that she realized she needed to try to find a job immediately. She said she was not at all trying to keep the children from their father, and offered to alter the schedule anytime he could get off work early to spend more time with the children.

This family was able to resolve their conflict over alimony and the anger was a useful tool that helped us to accomplish this resolution. Once Cathy began to plan to go back to work, Bill relaxed about the issue of alimony. Because they were both having the same experience about money, the discussion shifted. Instead of the problem being whether Cathy would take money from Bill, we instead confronted a shared problem – how to have more money in the family?

(I told the couple about tax implications – money paid for child support is not deductible, but money paid for maintenance IS deductible. Suddenly, Bill’s eyes lit up. He realized that if he paid alimony to Cathy, and she used it to run the household, they would both end up in lower tax brackets, thereby resulting in a net tax savings.) Note:  This law changed Jan. 2019 – alimony is no longer deductible to payor under federal law, though it’s still deductible under NY state law.

We ended the session talking about how much and how long he should pay Cathy maintenance, instead of whether he would give it to her.

If you feel overwhelmed by the feelings of your divorce, do not be afraid to seek help. Get some additional support in your life – consider seeing a therapist for a period of time. The more support you get, the faster you will get through this and come out the other side. You WILL find your way through all of these difficult changes. Someday you will look back on this and find that there are ways that it made you stronger. 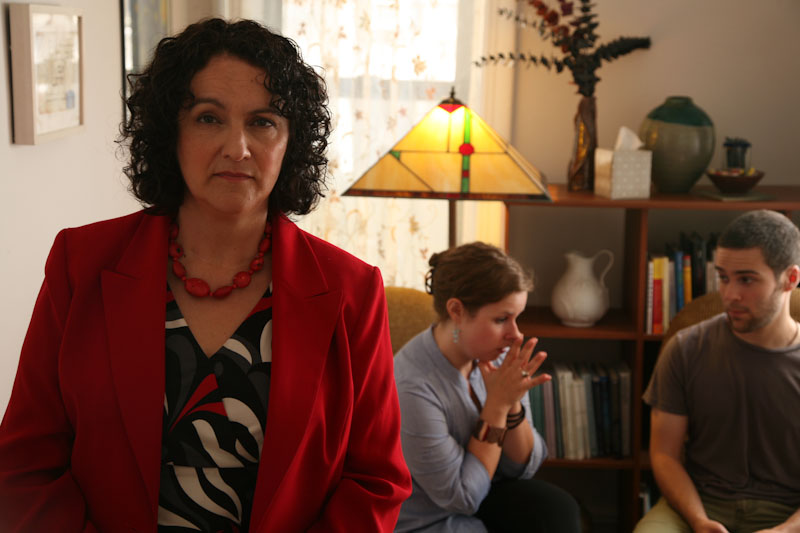 Latest from the ReSolutions Blog